Assistant Professor Lauren Lowman teaches a complicated third-year engineering course. When she introduced some of the Program’s strategies for developing character, she found her students looking at hard-to-solve physics and mathematics work in a new way.

When John Glenn returned to Earth in Friendship 7 after becoming the first American in orbit, he splashed down 40 miles away from where he was supposed to land. The problem, it turned out, was an oversight in the calculations. NASA’s engineers, as well as its computers, did not account for the fact that the capsule would weigh less when it returned than when it blasted off, thanks to the burning of fuel and the use of other “consumables.”

Glenn was fine, although he had to wait about 17 extra minutes for a Navy destroyer to pick him up. But the calculation was a teachable moment, one that Wake Forest assistant professor Lauren Lowman uses on the first day of one of her engineering courses. “When the students work through this, one of the questions they always ask is: ‘How many times do I have to keep doing it?’” she says. “I always throw the question back to them: ‘Well, how confident do you feel in your solution? How easy do you think it is for the Navy to come pick up John Glenn safely and within a reasonable amount of time?’” 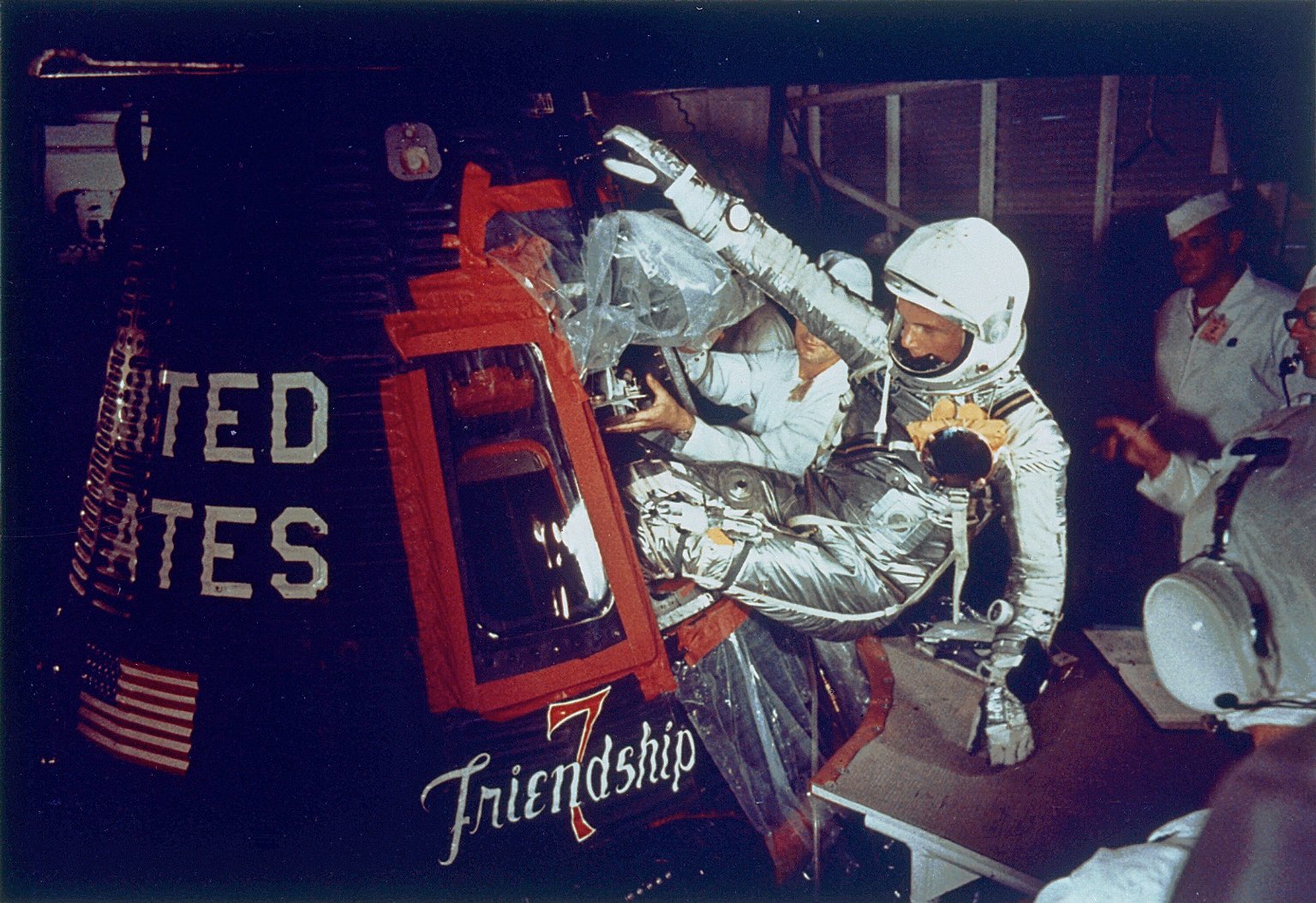 Lowman has students work out Friendship 7’s trajectory in her third-year engineering course, EGR 312, also known as “Computational Modeling in Engineering.” In it, students take what they’ve learned in advanced math and physics classes and learn to program models that a computer can use to solve extremely complicated problems. It’s a course that’s heavy on numbers and formulas. So, you may be wondering, how exactly can you insert strategies to develop leadership and character into a highly technical physics- and calculation-driven class? 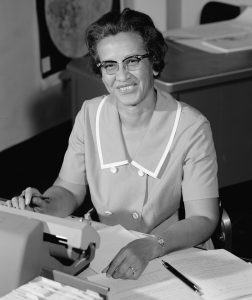 There are two ways, says Lowman. First, she asks her students to put themselves in the shoes of people who made highly consequential calculations throughout history. In the case of Friendship 7, that person was Katherine Johnson, a groundbreaking NASA engineer whose life was detailed in “Hidden Figures,” a book that spawned a 2016 film of the same name. The orbital trajectory of Glenn’s capsule had been calculated by computers, which were sometimes prone to breaking down. Astronauts didn’t fully trust those computers with their lives, so Glenn asked Johnson to run the numbers by hand. “If she says they’re good,” Johnson remembered Glenn saying, “then I’m ready to go.” The numbers were good. Glenn’s flight was a success and a turning point in the space race between the United States and the Soviet Union.

Johnson is an example of a virtuous exemplar, someone whose virtuous actions can be emulated. Lowman uses her story to help her students see the human side of technical calculations, which can help to change their mindset. “It’s helpful because the students put themselves in that figure’s place,” Lowman says, “They have to value human life, and I feel like that’s what leadership and character are all about.”

Thanks to the generous support of the Kern Family Foundation and Kern Entrepreneurial Engineering Network, the Department of Engineering and Program for Leadership and Character have been working together for the last two years to integrate character throughout the four-year engineering curriculum. That includes the funding of two postdoctoral positions that focus on character in engineering and a grant that’s allowed Lowman and others to adapt leadership and character strategies into their courses. “It is symbiotic,” says Olga Pierrakos, the founding chair of the Department of Engineering. “The engineering faculty bring professional expertise of what it means to be an engineer. The character education scholars bring a language of virtue ethics to exploring the decisions engineers make in their professional practice. Where the two areas of expertise meet is pedagogy.”

“They have to value human life, and I feel like that’s what leadership and character are all about.”

That work goes beyond engineering. In 2020, almost 30 faculty members used a grant funded by the Lilly Endowment to integrate some or all of Leadership and Character’s seven strategies into their courses, or to design classes that revolved around leadership or character. Those courses have reached 1,116 students so far. This summer, 25 more faculty members took part in a second round of workshops, and their courses will reach hundreds more students at Wake Forest. “We’ve been so impressed by the creativity and commitment of our Wake Forest faculty,” says Michael Lamb, the Program’s executive director.

To receive that grant, faculty write a proposal that outlines how they plan to integrate leadership and character into their classes. Then, at a series of workshops, faculty learn about the Program’s seven strategies for developing leadership and character, discuss the ways to assess their courses, and hear from faculty like Lowman who share examples of how to infuse leadership and character into their courses. Together, the grants and workshops have informed courses across the college and professional schools in areas like law, literature, history, philosophy, and economics. But they’ve also created and changed classes in areas such as foreign languages, medicine, and mathematics. “The seven strategies that we use in our program can be integrated into courses in any discipline,” Lamb says. “In fact, many of the pedagogical strategies most effective for developing character—reflection on experience, habituation through practice, and engaging virtuous exemplars—are already used by faculty in their courses. Our goal is to help faculty understand how they are already forming character and to provide resources and tools that can enable them to do so more intentionally and critically.”

The second strategy Lowman incorporated into EGR 312 was reflection on personal experience. “There was a big rocket disaster called the Ariane 5 disaster,” she says, referencing the maiden voyage of a $500 million rocket that exploded in 1996. The issue was a software error, one that doomed the rocket 37 seconds after launching in French Guinea. “We have students read about what was happening on the team and how decisions were made,” she says. Then, they journal about it and look back at their thoughts. “We sort of give them these different examples and allow the students to, through their own journal reflections, think through how different virtues were expressed by different people or teams working on really big challenges in engineering.” 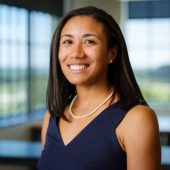 In Lowman’s case, the focus on exemplars and the journaling forced a deeper reckoning for her and her students. “They start to really self-reflect on their role as a potential engineer in these situations. They start to put themselves in those shoes.” That reflection helps them think about more than just the technical snafus, but also larger issues that may have contributed to them. “You’ll see some students really reflecting on sort of their role as a man in some of these situations, where maybe a woman had a really good idea and it was shot down. Or, they reflect on their role as women seeing examples of women excelling in this field. It gives them confidence to think that they could do the same.”

Then, Lowman says, she can see her students’ decision-making process begin to evolve away from a narrow view of the task at hand. “They start out thinking about the problems they see one-dimensionally. And through the semester, they start to recognize the different complexities. Instead of trying to shoot for an easy way to deal with it, they’re more comfortable with the uncertainties, and they’re more able to embrace the uncertainty that is real world problems.”

The work has also inspired Lowman to highlight virtuous exemplars outside of class as well. She and fellow engineering professor Erin Henslee started “Hidden STEM Figures,” an effort to highlight individuals with identities who have been traditionally underrepresented in STEM fields. “When we asked students about the types of virtues and characteristics that these exemplars tended to embody, women tended to be ‘humble.’ With minorities they were very ‘resilient.’” Lowman says. “I think it’s important for us to have sort of a conversation around why we sometimes associate those groups of people with those particular virtues. Those are good virtues to embody, but there are larger social constructs behind that.”

“The work that they are doing, and that they will do in the future, is going to impact people’s lives.”

In all, Lowman sees the technical side of engineering as crucial, but a look inward also helps. As in the case of Glenn’s mission, there’s a lot to celebrate, but the errors can’t be overlooked either. “Even with all of these thorough calculations, he still didn’t end up exactly where they were expecting,” Lowman says. “It reinforces for the students the importance of really knowing all of the assumptions, because the work that they are doing, and that they will do in the future, is going to impact people’s lives.”

On Character in Engineering 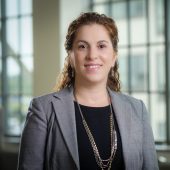