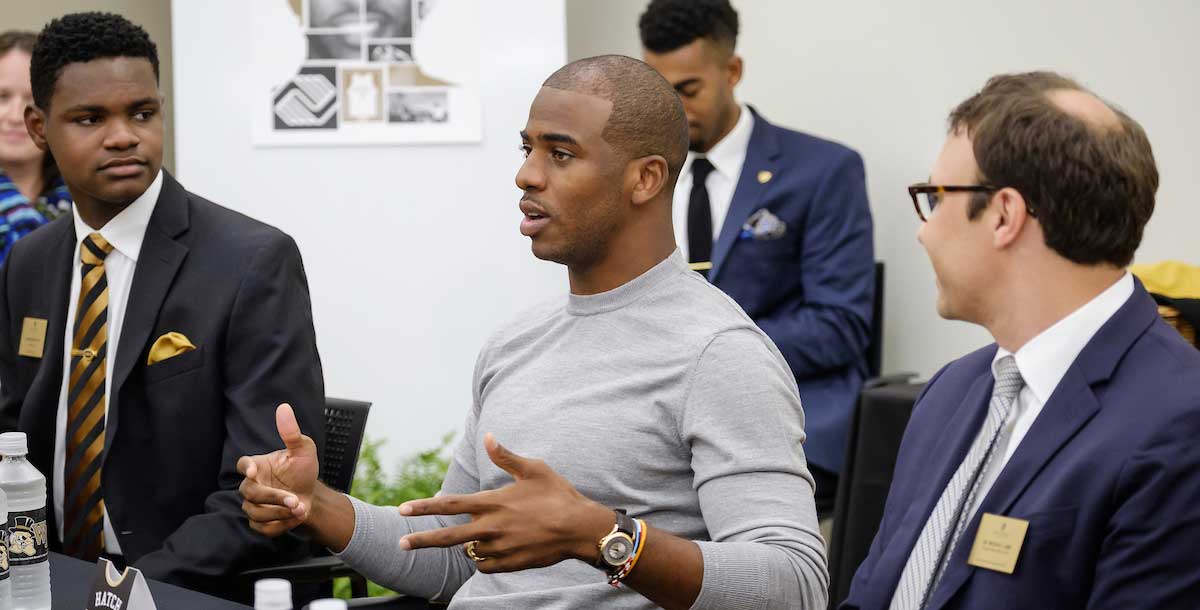 Wake Forest is pleased to welcome guest speakers who share insights and offer examples for students to emulate. By collaborating with other departments, co-sponsoring speaker visits and providing multiple opportunities to engage these exemplars, the Program for Leadership and Character seeks to support other campus initiatives and maximize student access and speaker impact.

Past co-sponsored speakers include:

“The most valuable aspect of these discussions was getting to know new people who enjoy and appreciate thinking about the types of topics we discussed. It was encouraging to be part of a setting that encouraged intentional thinking about how we live our lives. It was also encouraging to hear that other people struggle with some of the same things I wrestle with.” Student in the Leadership and Character Discussion Group