Our director of programming wrote the text. Years later, she painted the illustrations. Now, her book is being honored, all before it’s even been published. 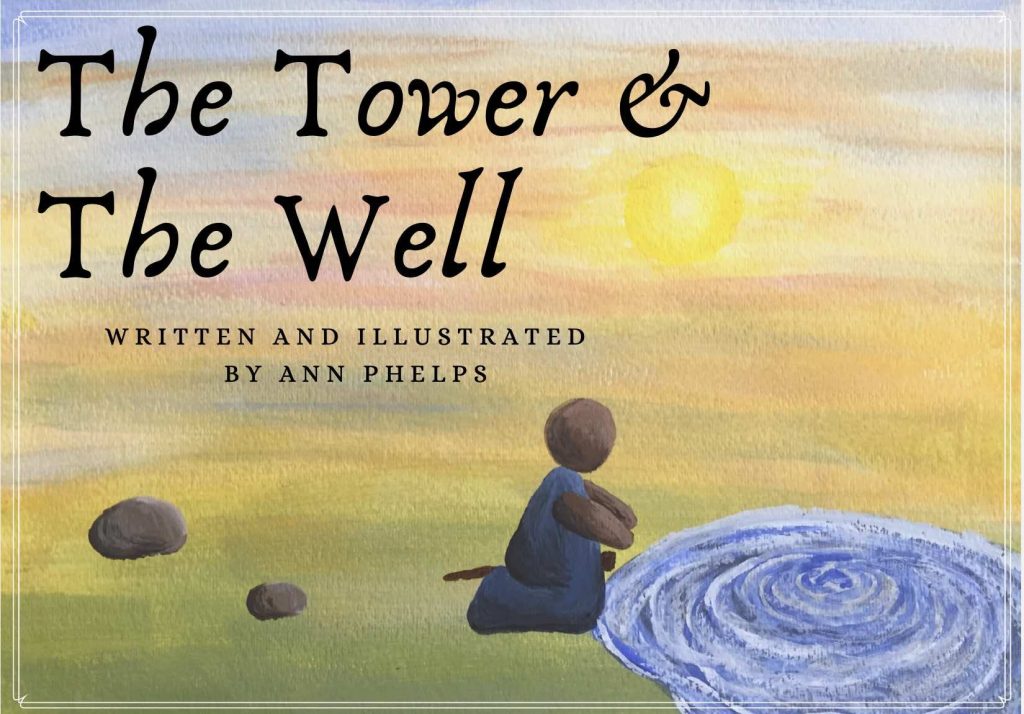 The cover of The Tower & The Well.

Ann Phelps just won an award for writing and illustrating a children’s book. There’s just one hiccup: The book hasn’t been published. Yet.

Phelps, the Director of Programming for the Program for Leadership and Character, is the recipient of the Anniversary Award from Be Still Media, a non-profit that fosters and incentivizes creativity. Her book, “The Tower and the Well,” came together over a very long time. “It’s so strange,” Phelps says in her office in Starling Hall. “In some ways, it took six years. In other ways, six hours, right? The text itself is one of the few moments in my various artistic endeavors that came to me in a flash.” 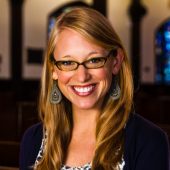 In 2015, Phelps was working at a cathedral in Mississippi and read a traditional tale in the opening chapter of a book by Fredrica Harris Thompsett entitled “We Are Theologians: Strengthening the People of God.” That tale was based on an oral tradition about a pilgrim who seeks and finds a spring. Eventually, the spring is covered by a chapel intended to protect the source. But both the chapel and the well fall to ruins until the water can be discovered again.

The story stuck with her, and not long after the birth of her son William, something clicked. Phelps, a trained vocalist, found that music didn’t calm him as an infant. The rhyme and rhythm of children’s books did. All at once, she wrote the words of what would become “The Tower and the Well.”

“The text wrote itself,” she says. “It felt like it was delivered to me.”

Phelps used the story as a metaphor in her teachings, illustrating the tenuous balance between tradition and innovation. But the words she’d written stayed out of sight. It wasn’t until she was pregnant with her daughter Abigail that something else clicked. In 2017, during a trip to her home state of Nebraska, the wide open spaces and flatness reminded her of what she’d written as the opening line in her story: “An empty horizon, not a hill nor a tree.” After a conversation with her former art professors at Hastings College, her alma mater, Phelps started to paint illustrations to go with the text. But just like the words, the paintings were put away.

“The text wrote itself,” she says. “It felt like it was delivered to me.”

In 2019, Ann’s husband Kenneth encouraged her to show them to Michael Lamb, the executive director for the Program for Leadership and Character. Phelps told him that they went with the words for a children’s book she’d written, but never published. You should put this out into the world, he told her.

After some encouragement from Kenneth and others, Phelps joined the words with the pictures, scanned the finished product, and submitted it to Be Still Media. She learned she’d won the $10,000 Anniversary Award in June.

Even before that, the story and excerpts from her book had found their way into discussions, as well as the “thought of the week” that each member of the Leadership and Character team contributes to staff meetings. “Unlike many writing enterprises, it’s been much more communally generated,” she says. “The community has responded to it already, despite it not having been published.”

Phelps draws upon her background in music and the visual arts as part of her job, and finds the story of the pilgrims, the tower, and the well helps her explain the tensions facing legacy institutions in a modern era. She’s also found that doing so many different things, including becoming a first-time, award-winning children’s book author, helps her connect with a broad range of people at Wake Forest. “It feeds into my burgeoning identity as a professional dilettante,” she says, laughing. “I still do a hundred things. Somehow I’ve been lucky enough to find a job where those hundred things come together in interesting ways.”

To be informed about opportunities for discussion groups, events, and more from Ann Phelps and other members of the Program for Leadership and Character, click or tap on the button below: