The Arts of Leading: February 2019 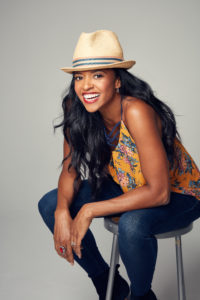 Renée received the Tony Award, Grammy Award, Drama Desk Award, and Lucille Lortel Award for her performance on and off Broadway in the musical phenomenon Hamilton.

Since winning the Tony Award, she has appeared in the title role of HBO’s “The Immortal Life of Henrietta Lacks” opposite Oprah Winfrey, and in Baz Luhrmann’s “The Get Down” for Netflix. She is currently starring in the hit Netflix series “Altered Carbon.” Renée will next be seen in the Amblin Entertainment film “The House with a Clock in its Walls” opposite Cate Blanchett, Jack Black, and Kyle Maclachlan. In 2019, Goldsberry will appear in the Trey Shults feature WAVES opposite Lucas Hedges and Sterling K Brown.

Prior to Hamilton, Renée’s appearances on stage include her Outer Critics Circle Award nominated performance opposite Frances McDormand in the play Good People, as well as the original Broadway version of The Color Purple. She made her Broadway debut in The Lion King, and her performance as Mimi in Broadway’s closing cast of Rent was immortalized on film. Off-broadway, Renée’s performance as Sylvia in the Public Theater’s production of Two Gentlemen of Verona for their Shakespeare in the Park series garnered her across the board rave reviews.

Highlights from her television and film credits include her work on “The Good Wife,” “The Following”,  the animated series “The Lion Guard”, the Universal Pictures hit, Sisters, the Independent Film All About You, and her creation of the beloved character, Evangeline Williamson, on ABC’S “One Life to Live,” for which she received two Daytime Emmy nominations and two NAACP Image Award nominations. She will also lend her voice to the Dreamworks/Netflix animated series, FAST AND THE FURIOUS as Ms. Nowhere.

The conference is co-organized by the Oxford Character Project and Wake Forest University as part of an ongoing partnership to support leadership and character development.

We are thankful for support from the National Endowment for the Humanities and from the following co-sponsors at Wake Forest: